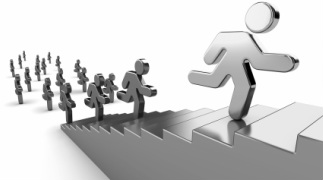 For state presidents. State Constituent Board of Directors may nominate a current or immediate-past State President

The 2023 Isabel Hampton Robb Leadership Award commemorates Saunders' first nursing author, Isabel Adams Hampton. In 1893, Saunders published, Nursing: Its Principles and Practice, by Isabel Adams Hampton (later Isabel Hampton Robb) which may have been the first medical/surgical nursing textbook in the United States. Miss Hampton was superintendent of nurses and principal of the Training School for Nurses at Johns Hopkins Hospital in Baltimore, Maryland when she wrote this important text.

The $1000 cash award is presented to the current or immediate past student nurses' association state president whose leadership characteristics most resemble those of Isabel Hampton Robb. An organizer and visionary leader, Mrs. Robb was well known for her pioneering work in establishing nursing organizations which became the American Nurses’ Association (ANA), the National League for Nursing (NLN), and the International Council of Nursing (ICN).


Supporting documents must be received from:
Nominees must be enrolled in a nursing program at the time of the award. In addition, the candidate must include a brief essay describing how his or her accomplishments, professional goals, or vision for the nursing profession recall the life and career of Isabel Hampton Robb.

Applications are judged by former NSNA Presidents and the award winner will be announced during the Closing Ceremony on Saturday, April 15, 2023 at the 71st Annual Convention, Nashville, TN.
Apply Now
Powered by